We celebrated another important anniversary in July of this year. After celebrations of 60 years of traditional production of medical engineering in Chirana Brno (1953 – 2013) and 20 years of existence of the BMT brand in global markets (1993 – 2013), we celebrated the anniversary of 25 years of successful co-operation with MMM GmbH on 10 July 2017. Let’s have a brief look at the history … 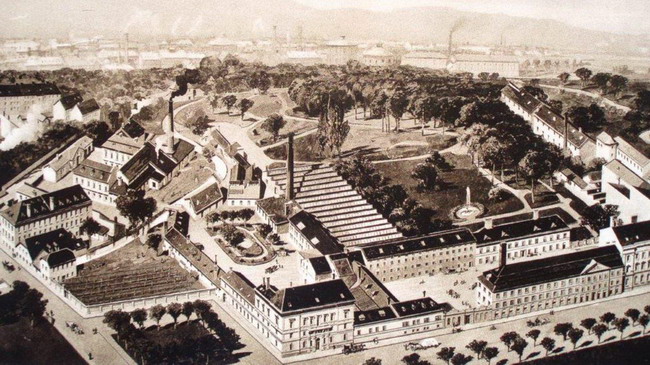 The tradition of medical engineering in Brno is very long and successful, dating back to the 20´s of the previous century, when several private companies were established in Brno – they aimed at production of various types of medical and laboratory devices, including manufacture of steam and hot-air sterilizers. Just at that time, many of the products reached top technical level and they were successfully exported abroad.


Another significant historical change occurred in 1948. All the enterprises were nationalised and merged into one organization unit called Závody léčebné mechaniky, but they continued their independent operation up to the year 1952. As from the beginning of 1953, the enterprises were fused in our contemporary premises in Cejl street, in the buildings of former textile factory. A large company with variable program was established based on the merge of different companies into Chirana Brno. Table and hospital steam sterilizers, hot-air sterilizers, disinfectors, distillation units, large examination X-rays, dental X-rays, X-rays for radiophotography, ultrasounds, diathermy, quartz lamps, water-based medical devices and laboratory devices were manufactured in our premises.


In the end of the 50´s Chirana Brno employed ad many as 1 500employees and branch plants in Vyškov and in Nové Město na Moravě. In the course of time, the enterprises became independent and within the on-going process of specialization and consequent process of industrialization of Slovakia it was ordered for some product groups to be transferred from Chirana Brno to Prague plants in the forthcoming years - a part of X-ray examination engineering, water-using medical elements, ultrasound, diathermy, quartz lamps were transferred to Piešťany, a part of dental X-rays to Humenné and a part of laboratory devices and disinfectors to Stará Turá. 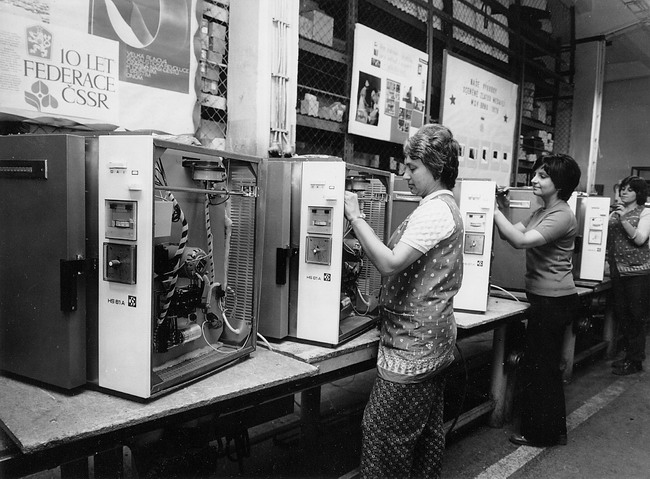 In the 60´s the management of Chirana moved from Prague to Slovakia, Stará Turá. The company became a concern and the enterprise in Brno had some 1000 employees, with its program aimed at hot-air and steam sterilization, dental X-rays and lung-examination X-rays.


The products of Chirana Brno were designed for local market but they also found many satisfied customers abroad. The export volumes gradually increased and in the mid of the 60´s it reached majority of turnover. The interest of customers and the number of orders were so high that it was necessary to build new buildings (e.g. current welding shop, steam sterilization assemblage shop, the high-rise building).


The development of the company within the Chirana group was not ideal and it was frequently limited by bureaucracy or various interests of the group management. The management of Chirana Brno tried to leave the group. In connection with the economic and political situation in then Czechoslovakia they succeeded in the end of the 80´s. Chirana Brno was the only one company in the group that left the Chirana group and became independent as a national enterprise again. That was also the time of first personal contacts with the company MMM GmbH and Mr. Michael Koller, who was responsible for sale at that time, during the medical engineering exhibitions in Vienna or Moscow. 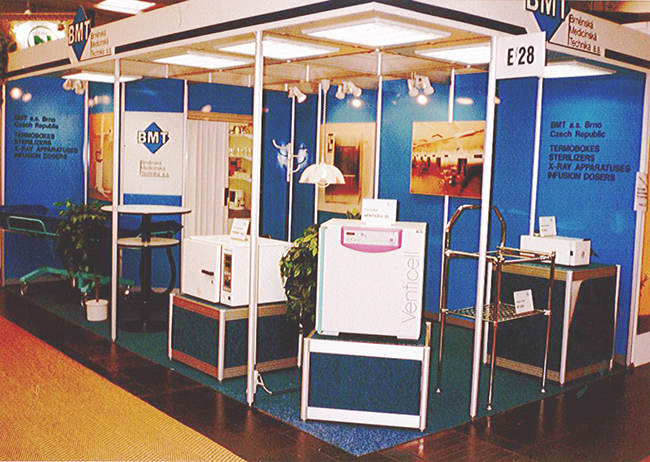 Such an experience, contacts, new structure of the enterprise and start of new own sales network development proved to be a significant advantage for further development of the company after political and democratic changes in November 1989. In April 1992, Chirana Brno was transformed into the state joint stock company Chirana BMT Brno a.s. and that it was designed for privatization in the first stage of coupon privatization. After many negotiations and meetings regarding entry of foreign partners for the purpose of arrangement of stabilization and future growth of the company in international markets, an agreement was reached with the National Property Fund of the CR on 10 July 1992. Two important foreign shareholders joined the company – the company MMM Münchener Medizin Mechanik GmbH from Germany (35% business share) and M. Schaerer AG from Switzerland (35% business share). The remaining 30 % of shares were sold within the first stage of coupon privatization and many employees of BMT a.s. had a chance to become the BMT shareholders.


So the new era of our company development started. The Chirana word was omitted in June 1993, as it hypothetically connected us with the former group and the new name BMT Brněnská medicínská technika a.s., in brief BMT a.s. Brno, was registered. The support and assistance of new foreign shareholders was of a great importance for BMT as from the very first day. 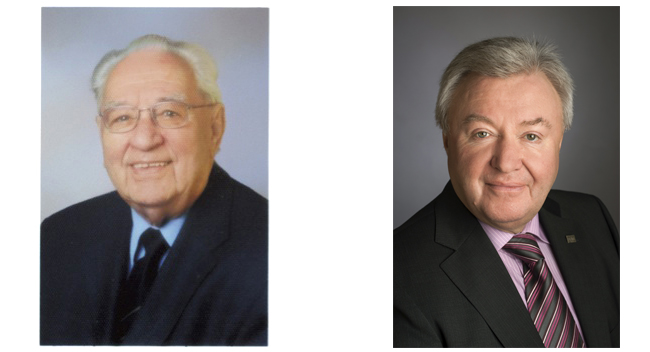 There were performed changes in organization and production modernization and there was also provided help and transfer of know- how in development of new devices, e.g. steam sterilizer UNISTERI®. At that time, orders of works and supplies of devices to the markets of the companies MMM and M. Schaerer represented a great help. They helped us to overcome the complicated period of the years 1989–1996. At the beginning of 90´s the changes in health care system and health care financing in local market as well as disintegration of formerly important export markets practically stopped supplies of our devices to traditional customers.


The time obtained for modernization of products, changes in the production and company stability regained allowed us to develop new sales networks in abroad and to make a strong base for further successful development of the company. At that time there were established the first own daughter companies in Russia (1992), Slovakia (1993) and Poland (1995). In 1995, the company M. Schaerer AG got into trouble due to its own wrong strategic decisions and it got bankrupt. The company MMM GmbH took over the 35% business share in BMT from M. Schaerer AG and became a majority shareholder of BMT. 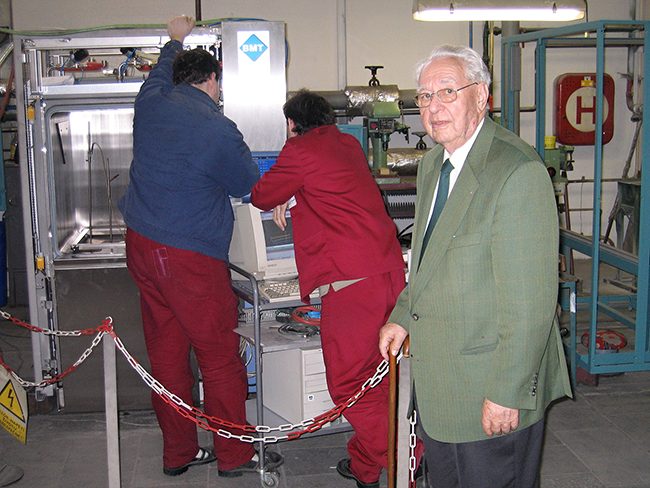 The simplification of the company management with one owner only and clear visions of future development significantly accelerated modernization and development of BMT. In the forthcoming years there was finalized the development of a brand new line of heating technology for laboratories ECOCELL ®, VENTICELL ®, … FRIOCELL ®, CLIMACELL ® and new lines of steam sterilizers STERIVAP®.


Both product lines are continuously modernized and they arrange – together with the table sterilizers line STERIDENT®, STERIMAT®, … and the line of UNISTERI® autoclaves of medium size – annual increase of sales, necessary profits for the company development, development of new markets as well as development of positive image of BMT up to these days. In total, there were sold more than 60 000 pcs of heating cabinets, approximately 2 000 pcs of UNISTERI® andmore than 2 600 pcs of STERIVAP® devices! 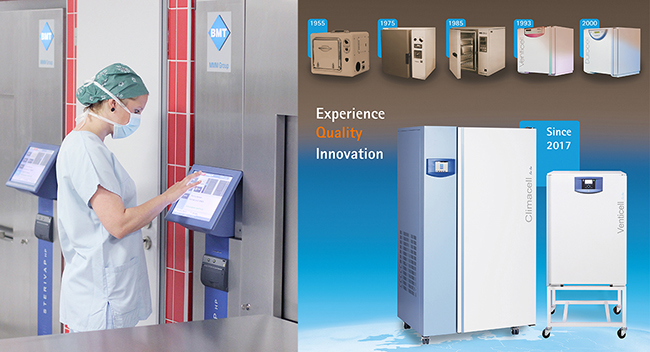 In 1997, BMT purchased 60% share from MMM and took over the control over the company MMM Medcenter Einrichtungen GmbH. It gradually turned it into a successful organization for sale of heating technology to over 70 countries of the world. In consideration of necessary specialization and use of all and any sources in favour of sterilization and heating cabinets for laboratories, a licence for manufacture and sale of dental X-rays was sold to Italy and the production of X-rays in BMT was finished.


The process of sales extension to new markets continued and BMT established new daughter companies in the Ukraine (1998), Spain (2004) and in the USA (2006). After 2000, there was gradually extended the assortment of manufactured devices. Together with medical devices, the manufacture included even special steam sterilizers for laboratories and pharmaceutical industry. This second sector represents an important factor of the company stability and development, it allows easier settlement of cyclic negative factors in individual markets and it also significantly contributed to successful overcoming of the global economic crisis in 2007 - 2009.


MMM GmbH gradually increased its numbers of shares. In 2008 they purchased shares from the remaining owners and it became a 100% shareholder of BMT. For easier inclusion of BMT to the MMM Group there followed transformation of the company from joint stock company to the limited liability company and current name BMT Medical Technology s.r.o. was registered in the companies register on 10 April 2008. 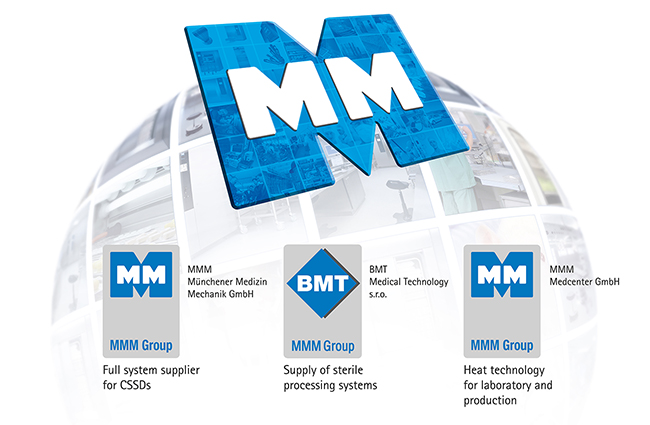 BMT became a full-value member and a part of the MMM Group, one of global leaders in manufacture of health care and laboratory equipment and engineering. Nowadays, in the globalization era, such an inclusion represents stability as well as significant competitive advantage and pre-assumption of further successful development of the company.


Our products have already found their satisfied owners in more than 100 countries of the world. Sales of our products and business items increased about 5times in the course of given period, while the number of employees reaches only 50%of the numbers from the end of the 80´s. In this way we succeeded to reach necessary efficiency comparable with our competitors and necessary for long-term success in strong competition on global markets. Professional, flexible and friendly relations with our dealers and clients provide us with sufficient volumes of orders and thanks to that we can be proud of the fact that as from 1995, our economic results have always been profitable.


The situation in global markets as well as activities of competing companies dynamically change on day-to-day basis and it is our task to react correctly and in-time. Within the MMM Group it is possible to co-ordinate and use the sources of information, innovations, production capacities, to optimize the purchase of raw materials as well as other important daily activities and to arrange in this way within the group a good initial position in the markets for the forthcoming months and years.

The 25 years of our close co-operation with MMM GmbH can be seen in our enterprise everywhere. Nowadays, another important decision is the complex modernization of the yellow building No. IV., next to the gatehouse, with the budget exceeding 20 mil. CZK. After finishing the reconstruction and modernization in 2018, there will be the work sites for employees in heating technology manufacture and assemblage, assemblage of table sterilizers and large-volume steam sterilizers UNISTERI® and STERIVAP®. The modern building will shorten transport from workshops to forwarding department and it will significantly improve our image at our clients arriving for meetings, training, take over of finished products or a visit to our enterprise.


I am pretty sure that the former management of Chirana Brno, JUDr. Jaroslav Kopeček being the Director, who started the successful process 25 years ago, may be proud of their work and further dynamic development of BMT in the 21st century. 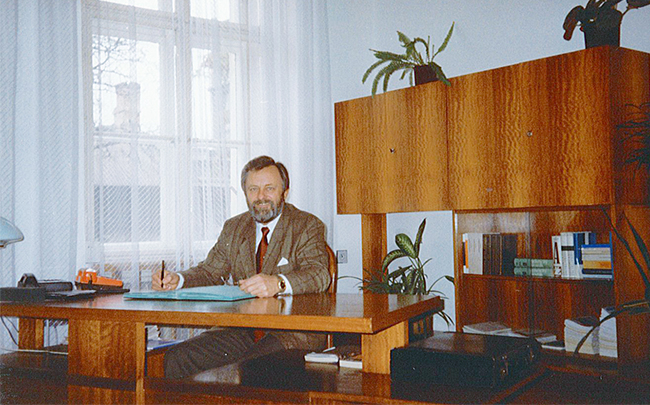 The current management of the company BMT and the management of the MMM Group do not forget of the main engine of all the innovations, progress and success of our company – the employees. Long-term care for improvement of work environment, work safety, employment stability, open communication and above-standard salaries and remunerations increase – these are the reasons why we have belonged to the most successful companies of the Brno region for years. Successful, active and informal co-operation on all the levels by and between BMT and MMM is fully comparable with similar best Czech – German companies within the whole Czech Republic. And we do believe that it will continue successfully as well. 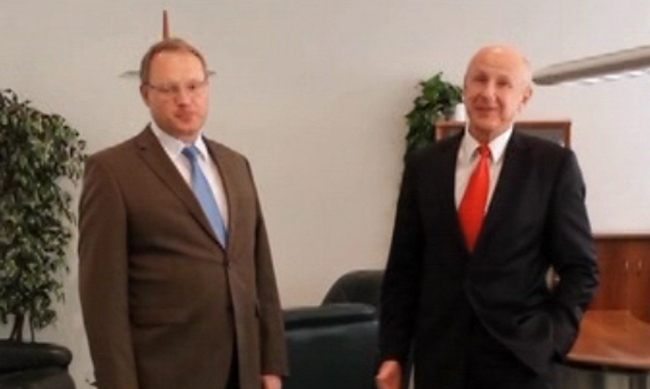