The 42nd year of the international medical trade fair ARAB HEALTH 2017 was held in the Dubai trade fair centre on 30 January – 2 February 2017. As usual, the stand of MMM Group was located in hall No. 3, which is a traditional centre of the whole trade fair. But the exhibition area permanently grows and distances between the individual expositions become longer. So for example the common stand of Czech exhibitors was located approximately 20 minutes by foot from the main entry, in one of the most distant halls.

Traditionally, the trade fair was visited by many distributors and representatives of hospitals from Arab countries of the Near East. More, there trade fair was visited by unusually high numbers of visitors from India, while the attendance from the North African countries and Russian-speaking territories of Asia and Europe was comparable with previous years. It seemed to us that the numbers of visitors from Central Africa decreased.

The sale to the Near East countries is still affected by the economic crisis in the Saudi Arabia. It is cause by prolonged war with Yemen, by immigration and by political influences connected with operations of ISIL and mainly by low price of oil in global markets, which dramatically decreases the incomes of the Saudi Arabia state budget. The limitation of investments significantly affects even the orders for the MMM Group. But anyway, the visitors from the Saudi Arabia prevailed at the MMM Group stand and their interest in our sterilizers and washers confirmed the necessity of our continuous participation in this second largest global trade fair.

The exposition of the MMM Group was really very impressive. The instrumentation was completed with a large number of meeting points but at some moments those were insufficient for high numbers of the stand visitors. The instrumentation and engineering was dominated by washers Uniclean PL II 15-2 and mainly Uniclean PL II 10-2, exhibited for the first time at the Medica 2016 trade fair in Düsseldorf, Germany, 2 months ago. Between the two washers there placed the steam sterilizer Selectomat PL 669-2 Compact Line. The stand also offered the traditional exhibits – a demo panel of the steam sterilizer Sterivap and software for process documentation Ecosoft.

Just now, the MMM Group has ordered the exhibition area for participation in the Arab Health 2018 trade fair to be held in Dubai next year again. 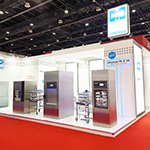 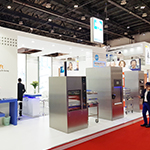 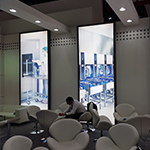 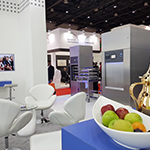 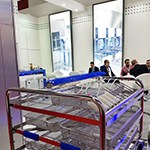 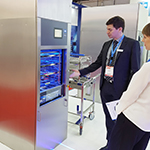 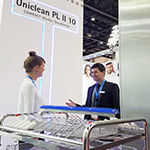 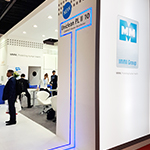 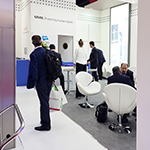 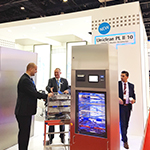 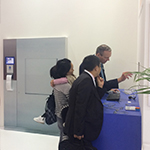 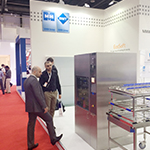