New Central Pavilion of the Hospital in Uherské Hradiště

The festive opening of the central pavilion of the Hospital in Uherské Hradiště was symbolically held on 10. 10. at 10.10 a.m. This is a new dominant of the whole hospital developed to unsatisfied needs of the hitherto existing pavilion system of the hospital. Departments of surgery, orthopaedics, traumathology, ORL, urology, ophthalmology, ARO, ict centre, central ICU and central sterilization moved to new premises. More than two years – that is the time of construction of a new giant heart of the Hospital in Uherské Hradiště, called „Central Object of Surgical Specialisations“, prepared for more than 150 patients. Just the construction of the object without equipment reached the sum of 400 million CZK. The sum is covered in fully by a loan to be repaid by the hospital for the term of 20 years. The hospital itself financed the medical instruments in the sum of approximately 70 mil. CZK.

The new Central Sterilization unit became one of the important references for the company BMT in this region, meeting all and any legislative requirements of the CR and EU. Now, there are new interlaying sterilizers of the line STERIVAP HP and UNISTERI HP, together with new interlaying washing and disinfection automatic machines by Miele. 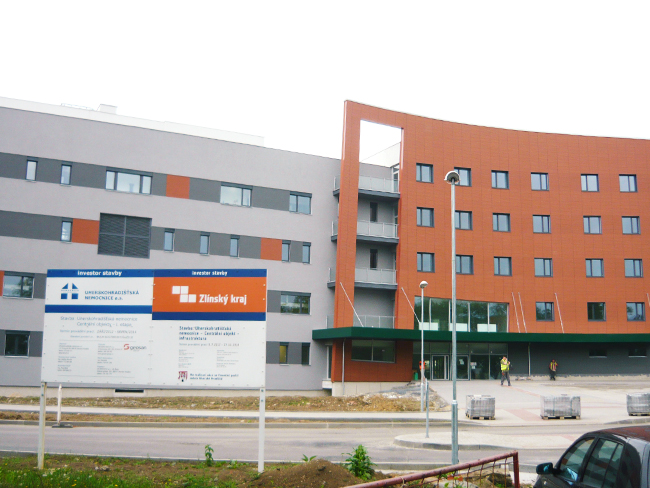