After two years of construction works a new and modern pavilion of surgery branches was finished in Frýdek – Místek Hospital, established by the Moravian – Silesian region. The pavilion also includes the new Central Sterilization Unit, in realization of which we participated to a large extent. The festive opening ceremony was held on 3. 8. 2015 with participation of regional government representatives and other important guests. The construction costs of the new top-class medical institute reached nearly 460 million Czech crowns. 85% of the sum is covered from the means of the European Union, the remaining part was financed by the Moravian – Silesian region from its budget.

The new modern pavilion replaced the original building, removed due to poor static conditions in 2010. The patients moved to other buildings of the hospital. The construction of the surgery pavilion in Frýdek – Místek Hospital started in May 2013.

The completely new Central Sterilization Unit is a specialised work site, arranging sterilization of tools and medical equipment for surgery theatres, all the departments of the Frýdek-Místek Hospital and medical institutions in the surroundings. Inter alia, the Central Sterilization Unit operates 3 steam sterilizers of the STERIVAP® HP line and 1 sterilizer UNISTERI® HP. There is also a newly established system of process documentation „DP 3.5 CZ“ for monitoring of all and any equipment and also the software application „Medix“ for monitoring the instruments circulation. Thanks to the above stated, the facilities became one of the most modern Central Sterilization Units in Czech market and undoubtedly, it will be an important reference for us for a long time. 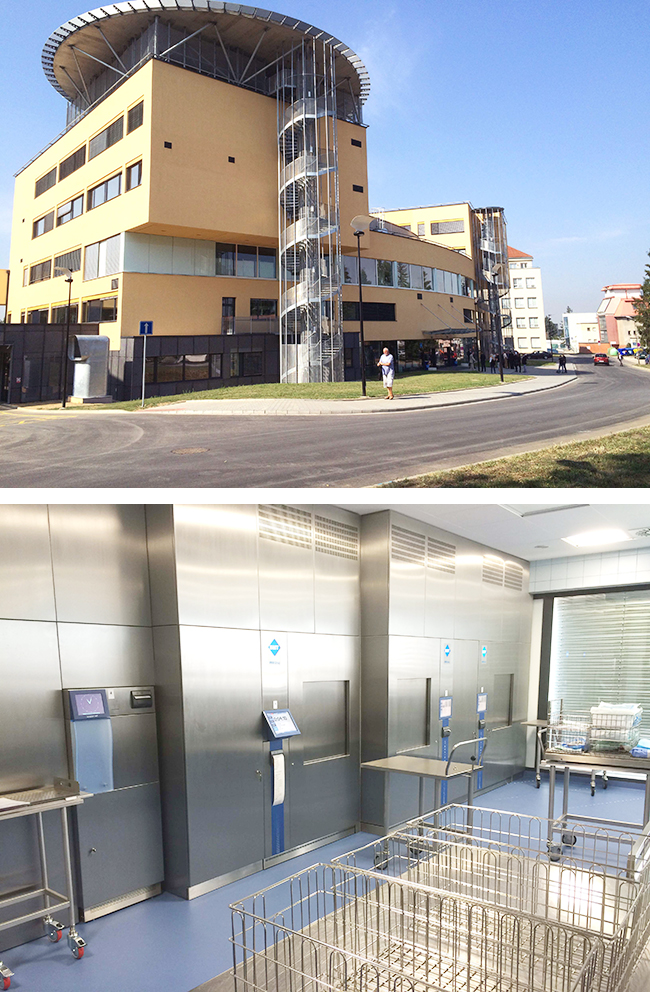