Originally, the Nový Jičín Hospital belonged to the network of regional hospitals and as from 2012 it has been a member of the AGEL Group, finishing a demanding reconstruction of central chart rooms, anaesthetic and resuscitation department and central sterilisation department in September of this year. The hospital paid over 200 million CZK for investments to construction adjustments and purchase of instrumentation. So the medical staff and the patients have available a unique work site belonging to top worksites not only in the Czech Republic but also in Central and east Europe thanks to its equipment and complex engineering aimed at surgical treatment of oncologic patients. The capacity increase in one another chart room thanks to the reconstruction. Instead of the three chart rooms, the department of central chart rooms has available four of them now. By the extensive reconstruction, the company AGEL fulfilled its obligations towards the Moravian – Silesian Region, from which it rents the hospital building on long-term basis starting as from 2012. The reconstruction has been performed since January of this year and the surgeries have not been cancelled even during the reconstruction. The surgeries were transferred to chart rooms of other departments not affected by the reconstruction to the maximal possible level. The reconstructed work sites of central chart rooms have available a unique system – the only one in the Czech Republic – thanks to which inputs from individual devices, like e.g. endoscopic cameras, ultra sound devices or surgery robot may be directed to any monitor inside the chart room.

The robotic system DaVinci allows performance of the most demanding endoscopic surgical, gynaecologic and urologic operations. The work site is the only one in the Czech Republic and East Europe meeting the logistic and technical arrangements of oncologic and surgical interventions with requirements towards intra-operation radio therapy. The reconstruction also included works in the central sterilisation department. There was purchased a new steam sterilizer of the line STERIVAP to complete the earlier supplied sterilizers by BMT and automatic leading washing and disinfection devices by Miele. The total costs on new technologies and device equipment reached approximately 60 million Czech crowns. 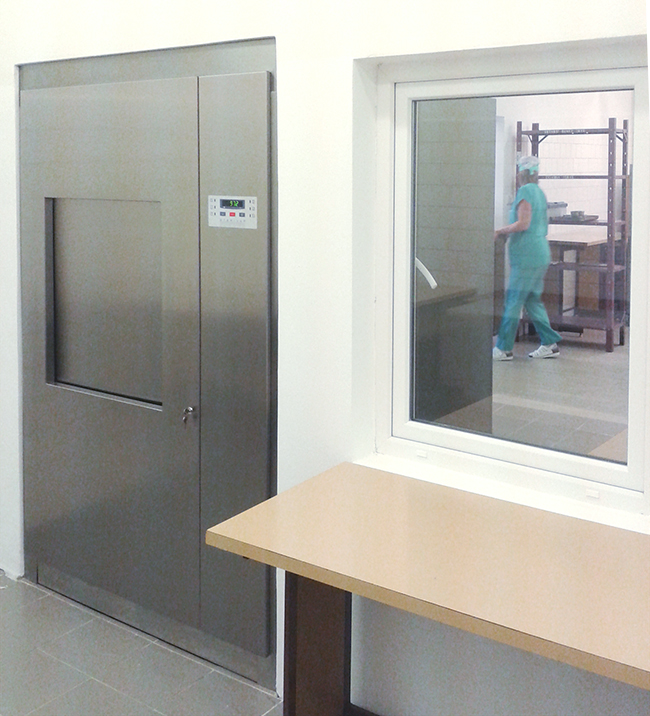