Milestone II - Phase One of the Project to Reconstruct and Complete the Znojmo Hospital was started in October 2008 and completed in May 2010. Phase One focused on the erection of premises for laboratories (clinical biochemistry ward, haematology and blood transfusion ward, micro-biological ward), the Sterilization Centre, for economic and technical administration staff, specialist consulting rooms and for the Central Specimen Room. Reconstruction also included the erection of a new lecture hall. 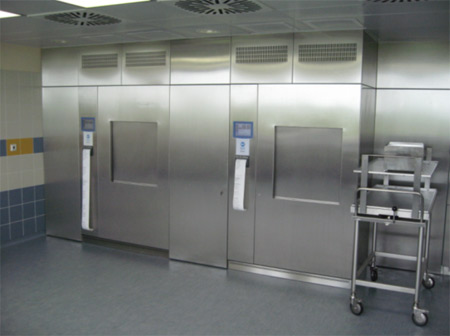